Punching prevention and shear rail systems – what can they do for you?

With punching shear systems, it is possible to reduce the concrete thickness of the slab.

Peikko offers two systems for punching prevention: ETA-approved PSB® and ICC-approved ARMATA® for the North-American market. Both systems consist of double-headed studs made from deformed bars.

Punching prevention is the main job for both PSB® and ARMATA®. In cast-in-situ slabs, punching prevention is needed around columns. Basically, punching shear systems spread the point loads to a larger area in the slab so that the shear capacity is not exceeded in any section of the slab. The studs of PSB® Punching Reinforcement are placed to the rail with spacing that Peikko Designer® can calculate automatically according to given parameters. Concrete forms compression struts between the studs, which then transfer the loads via tension to the next compression strut. So, load distribution works like a roof truss. 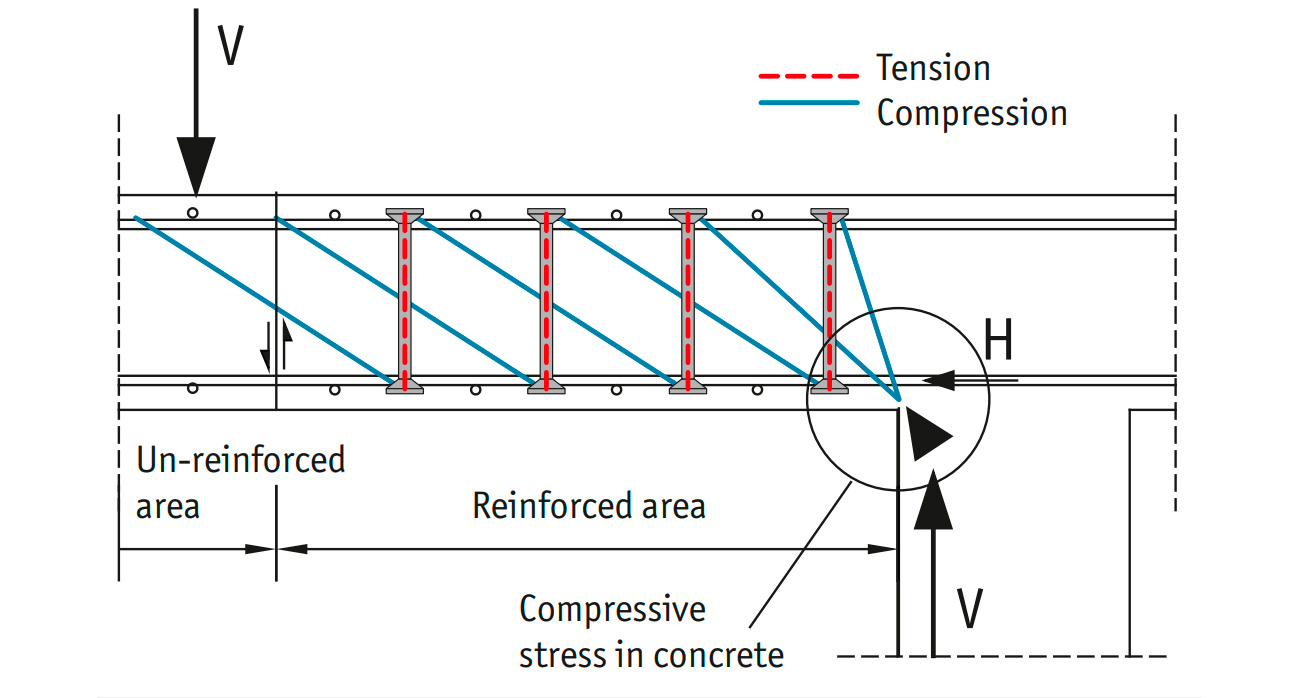 With both punching shear systems, it is possible to reduce the concrete thickness of the slab, because slab thickness is defined according to the maximum shear resistance needed. PSB® and ARMATA® have special heads on both sides which transfer tensile stresses very effectively compared to e.g. standard bended stirrups. In many cases, concrete volume and slab thickness can be reduced by 20-40%.

Elevated concrete slab around the column is not the only place in the building where shear in a slab-type cross section takes place. Analogue can be found from foundations too. In ground-bearing foundations, loads come downwards from the building to the foundation slab. Again, the thickness of the foundation slab can be reduced by placing the rails of PSB® or ARMATA® Punching Reinforcement around the loading point and spreading the load to larger area, therefore reducing the peak shear load.

Need for more applications? Here you go: What if your foundation is not ground-bearing from soil, but built on piles? Piles create the same loading situation but upside-down: Pile cap on top of the pile needs to be designed to tolerate the point load which comes from the pile to the pile cap. See the analogue? PSB® Punching Reinforcement system may save remarkable concrete volumes also in foundations!

What about ordinary shear handled by placing stirrups into the reinforcement? When thinking outside of the box, also that shear load can be handled with PSB® or ARMATA® studs. Every leg of the stirrup is just replaced with a stud, delivered as rails. Typically, basement walls in soft soil have shear loads from ground pressure and are designed with stirrups. Stirrup is a closed reinforcement, which is installed one by one around vertical rebars, between the horizontal rebars. You are not able to reduce the thickness by using shear rails, but you are able to reduce the duration of reinforcement works. Instead of installing stirrups one by one, simply install a shear rail which replaces easily 10 stirrups. With ARMATA®, a large basement structure was reinforced in Canada and the contractor was able to save 5 days from schedule. Isn’t THAT something?

PSB® Punching Reinforcement is an ETA-approved system providing the highest resistance on the market. PSB® Punching and Shear Rails offer simple and reliable solutions against punching shear failure and shear failure of slabs, foundations, walls and beams by increasing their resistance.

One solution, many combinations – DELTABEAM®