Columns are vertical structural elements used to support horizontal structures. The column-beam connection has a great impact on the column design. Designing with PCs® Corbel helps to obtain both efficient design and strong support for columns.

The roots of column history can be dated back to ancient Greece and Rome where their monumental appearance was to create an effect of pomp and majesty. The recent tendency, on the other hand, has been towards using slender, inconspicuous columns that enable creating flexible open spaces inside.

Compared to traditional concrete corbel, PCs® Corbel provides more benefits and presents more reasons for selecting it. One of many I often like to point out is that with PCs® Corbel there is no need to damage formwork to create protruding concrete corbel. PCs® column part is aligned in formwork and corbel part is bolted afterwards – on site. Right after being bolted, reduced eccentricity contributes to transferring less bending moment to column, saving column reinforcement and even reducing the need for column-to-foundation joint!

Simplified column design in a way of shear force and corresponding bending moment transfer only. 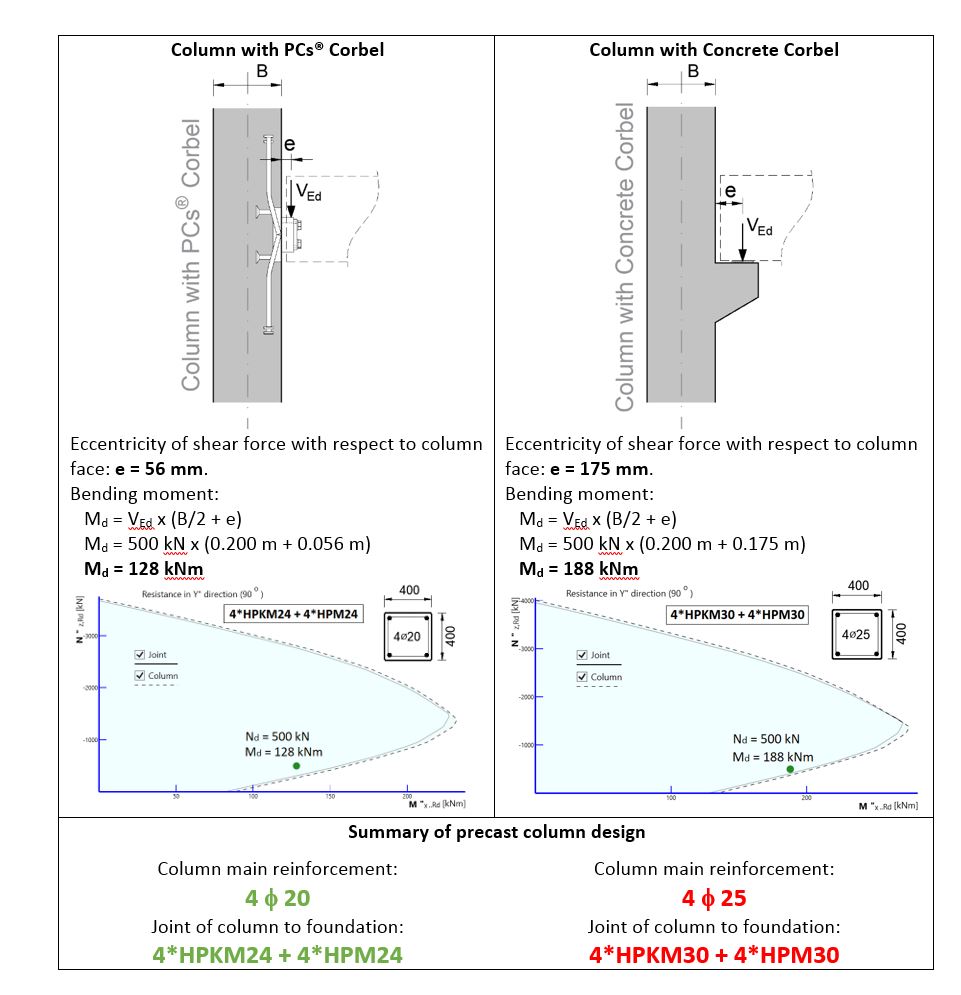 The aforementioned savings are achieved only by selecting PCs® Corbel instead of concrete corbel, with equal transfer of loads! The same design logic can be used to optimize dimension and reduce column cross-section. So, could selecting PCs® Corbel be a beneficial contribution to column design? It sure can!