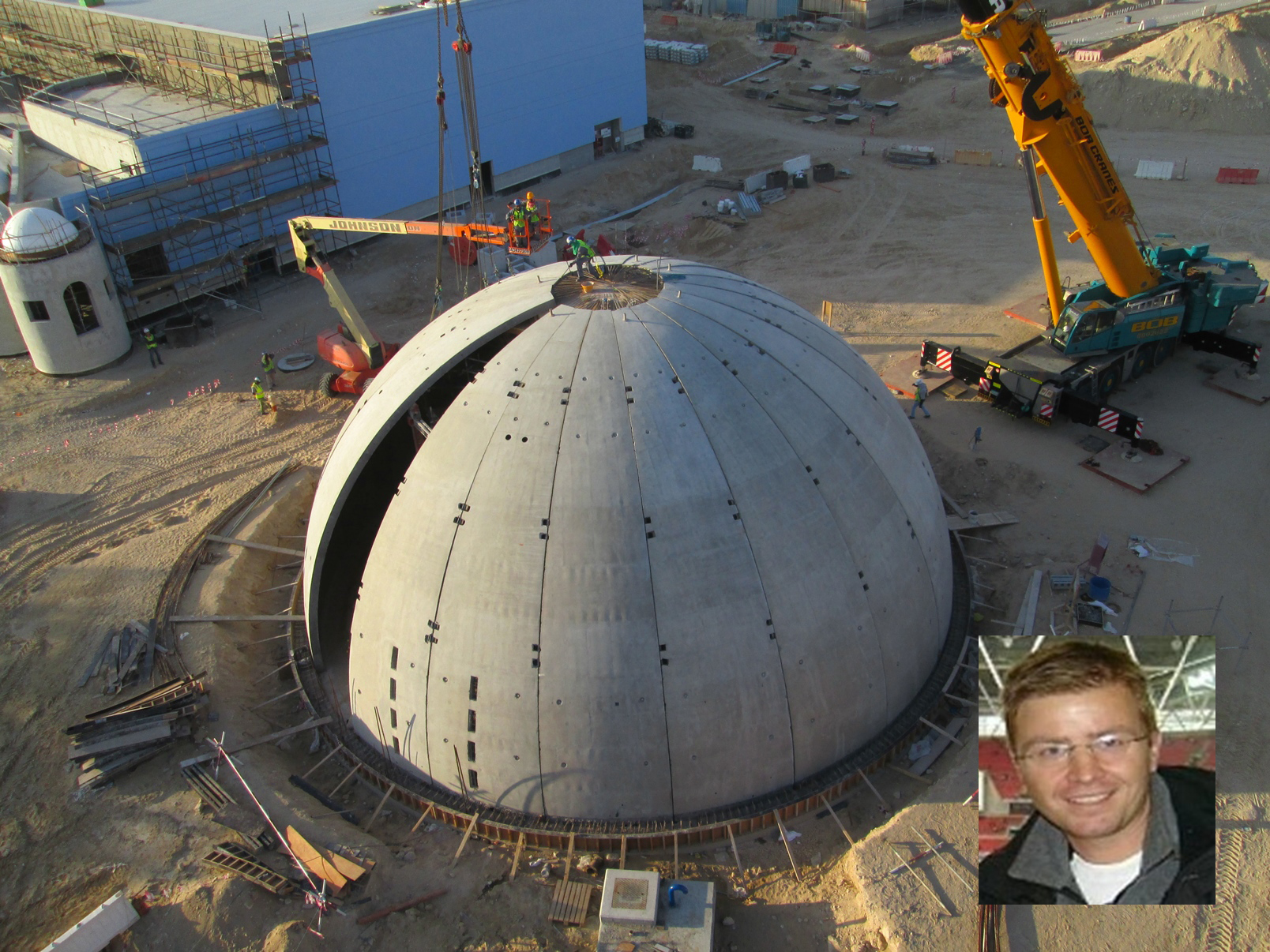 Peikko’s solution was the only suitable one due to high tolerances of the project.

Mr. Ralf Hellrung, Principal Engineer at engineering enterprise Laing O’Rourke Middle East division has a strong faith in precast. One of the most challenging – and interesting – projects of Hellrung in the Middle East has been the design of Flint’s Imagination Lab Attraction; giant concrete precast dome located in the Motiongate theme park in Dubai, UAE.  The construction was enabled by Peikko’s wall shoes, lifting items and rebar couplers.

Ralf Hellrung has been working at Laing O’Rourke UK since 2003 and in UAE since 2015. During his career he has seen the benefits of precast; “grown into it”. He was already previously familiar with Peikko’s column shoes as they are widely used in UK.

At the beginning Flint's Dome was designed to be built with cast-in-situ method. However, it was later on converted to precast precisely by Ralf Hellrung. Due to high tolerance needed, precast was more reliable solution. Likewise, it was remarkably time- and cost-saving.  The technique of DfMA (Design for Manufacture and Assembly) was used alongside digital engineering to create the Flint’s Dome.

Logistics of the project was very demanding. The giant 20 ton precast segments were transported to the site at night time to avoid the most of the traffic. The lifting of the items required also careful planning because of their rather special shapes. Even using precast, the dome required temporal supporting tower structure in its highest point before all the segments were connected as the dome still could not bear any load. Peikko’s wall shoes were used for horizontal connections between the segments. Wall shoes are used together with anchor bolts to create tensile connections between precast concrete walls and foundations. Wall connections are finalized by grouting the recesses and joints underneath the wall. Peikko’s solution was the only suitable one due to high tolerances of the project.

Often there is fear for trying something new – and this even applies to construction business. The two principal fears are the loss of money and the loss of time. On the other hand these two factors – money and time – can turn out to a remarkable competitive advantage. In the Motiongate project precast truly showed its benefits. If made cast-in-situ, the project would have required 30-40 persons working on the site for more than one month. Now the erection was finished within a week – with only 6 men working on the site. It was not only time-saving but precast also created cost advantage as labour costs and crane-using time were heavily reduced.

Can you tell briefly about your background and career? I have a ME in Structural Engineering and a BE in Civil Engineering. What comes to my career, ...